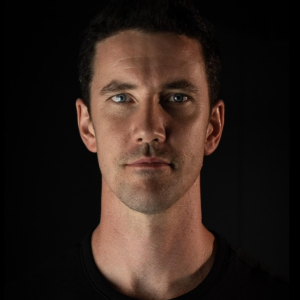 How to do a Weighted Pushup

I’m gonna show you how to build strength, muscle and flexibility in the chest, the shoulders and the arms.

Also improve your core using your whole body in one exercise.

This exercise is the weighted push up.

The weighted push up gives a lot of benefits:

One of which it builds muscle in the upper body, specifically in the chest, the shoulders and the arms.

It helps build a stronger core because you have to stay tight in order to do the exercise properly.

It also builds up the muscles in the hips and the legs because again, they’re used to stabilize the body.

Other benefits of the weighted push-up is that it can replace the bench press.

A NOTE ON THE BENCH PRESS

The bench press is a very popular exercise for building strength and muscle in the chest, the shoulders and the arms.

The name the weighted push-up comes from the fact that the movement is a push movement in a horizontal way because you’re pushing force horizontally.

It’s weighted because we use an external resistance with that.

For this you’re going to need a bench.

You’re gonna need a barbell or another bench in a rack.

You’re gonna need a piece of weight, a plate or a dumbbell.

How do we set up for a weighted push up?

We’re gonna wrap that around the body at the waist, you can also use this higher up on the body which will come into play a little bit later on.

Then from here we’re going to attach that to the belt.

Once you have that in place, you’re gonna set up slowly for the weighted push up.

Holding the weight so it doesn’t move around, starting with the hands on the bar or on the bench, moving your feet on to the other bench.

Pull yourself towards a bar touching the low chest to the bar.

Push away, again keep that core nice and tight.

On this I’m trying to keep my elbows over my wrists.

I’m trying to keep my head to my feet in alignment and I’m thinking about squeezing my chest, squeezing my shoulders and squeezing the back of the arms or the triceps.

When coming out of the movement, come out slowly, grabbing the weight for safety and then bringing it towards the ground.

Try to breathe in at the top of the movement, so you’re holding your breath as you do the movement.

This will create tension, it’ll keep the core tighter.

The elbow should be behind the wrist at all times, not moving outside.

The elbow or the hand position is not very wide and it’s not all the way in.

You’re thinking about 45 degrees, so you can work both the chest, shoulders and arms equally.

The closer the grip is, the more the arms are going to be involved.

The wider the grip, the more shoulder is going to be involved.

If you want to comment whether you currently incorporate weighted push-ups into your routine or if you do bench press, or if you’re not doing it at all and the reasons for that? 15 years of experience and a proven track record of results we know what to do to help you achieve your goals.